There are no upcoming events at this time.

Max Schwartz is a multi-genre instrumentalist and composer from Boston, now based in Miami, FL, and is highly-acclaimed as both a bluegrass and jazz musician. He has been called “an acoustic master” by the Freight & Salvage Coffeehouse, has won Downbeat Awards for both performance and composition, is a two-time member of the GRAMMY® Jazz Combo, and was the winner of the 2019 Rockygrass Banjo Competition.

He first appeared with Grammy Award-winning bluegrass artist Laurie Lewis and the Right Hands at age 16, and toured with Lewis for three years throughout the country. Some highlights of their time together include the Hardly Strictly Bluegrass Festival in San Francisco, Rockygrass Bluegrass Festival in Colorado, a live taping of NPR music broadcast “Mountain Stage” in Elkins, West Virginia, and the IBMA Hall of Fame Induction of Hazel Dickens and Alice Gerrard in Raleigh, North Carolina. Additionally, he has played in groups with Keith Little, Bill Evans, Nate Lee, Kenny Smith, Tatiana Hargreaves, Tashina Clarridge, Carolyn Kendrick, Jake Howard, Chad Manning and Molly Tuttle, and recently he played bass on John Reischman’s new recordings of “Suzanne’s Journey” and “Salt Spring.”

Additionally, Max has appeared throughout the United States with The Page Turners, an award-winning acoustic music duo based in Austin, TX, Simon Lunche, a rising pop-rock artist from Berkeley, CA, and with the SFJAZZ High School All-Stars Orchestra (member in 2015 and 2016) and Combo (2016). He also was chosen to play bass in the 2015 and 2016 GRAMMY® Jazz Combos and was the only common member between those two iterations of the group.

As a jazz bassist, Max has performed at the Grammy Awards, Jazz at Lincoln Center, and the Monterey Jazz Festival. Max has performed with the likes of John Daversa, Hubert Lawes, Melissa Aldana, Shelly Berg, Ravi Coltrane, and Terri Lyne Carrington. He is a seasoned international touring sideman, with trips to France, Switzerland, Italy, Cuba, and Suriname, as well as Japan in August of 2016 with the Next Generation Jazz Orchestra, a national jazz ensemble that is assembled each year by the Monterey Jazz Festival.

Max graduated from the University of Miami’s Frost School of Music, as the bassist in the Stamps Jazz Quintet, a group of five undergraduate jazz musicians that is generously funded by the Stamps Family Charitable Foundation. He is currently the Jazz Bass Fellow of the Henry Mancini Institute and serves as teaching assistant to jazz bass professor Dr. Charles Bergeron to get his Master’s degree in Jazz Pedagogy.

May 2017: Where the Mountains Meet the Sea – The Dim Lights (Recording Engineer) 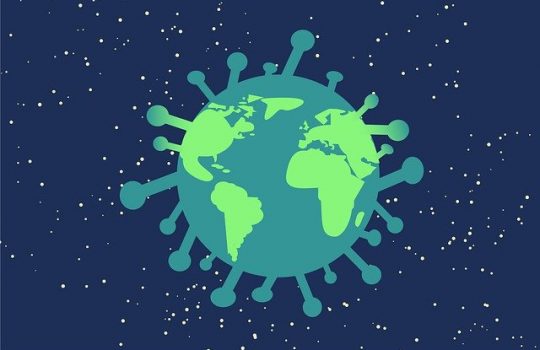 Max
Hello all, It should come as no surprise that the tour with Carolyn and Zoe was cancelled. Thank you so much to Tim, Armando, and Russell for being open to hosting. Even though the tour was at the front end of the COVID-19 shutdowns, we ultimately decided that the safest ...
Read More 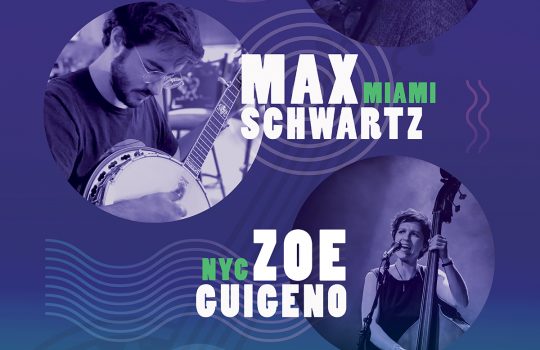 Mini-tour with Carolyn Kendrick and Zoe Guigueno this March!!!

Max
I’m so excited to be bringing down two amazing and versatile musicians to South Florida — Carolyn Kendrick and Zoe Guigueno! You may know Zoe Guigueno from her work as the bassist for bluegrass-supergroup, Della Mae. She is also a captivating singer-songwriter...
Read More 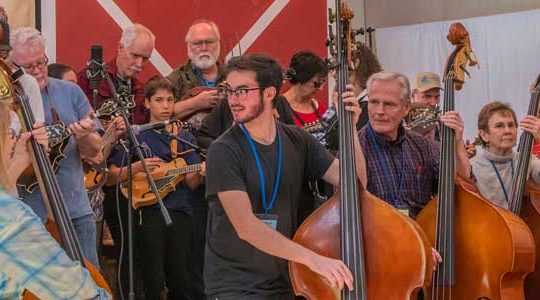 Max
I’m so excited to announce my second Wernick Method Jam Camp! This time, we are taking bluegrass education a bit further north of Miami to beautiful West Palm Beach! A great student at my last camp named Tim Givens has graciously offered his warehouse as a teaching ...
Read More
Read All
Top